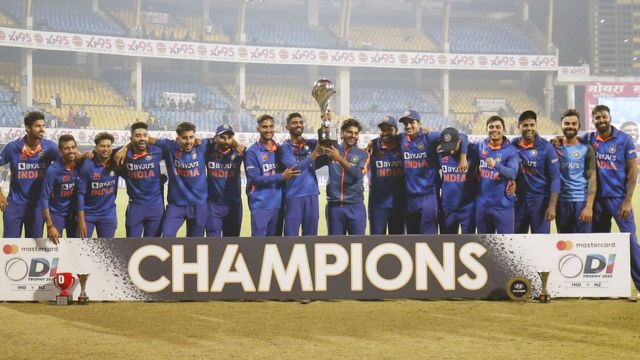 The Indian cricket team has made a clean sweep of the three-match ODI series from Sri Lanka and New Zealand. Along with this, after T20, now he has established his reign in the ICC rankings of ODI cricket, that is, he has reached the top of this list.

Now next month the Australian team is coming on a tour of India. The Indian team will play a four-Test series with the Kangaroos.

In case of winning this series by 2-0 or 3-1, the Indian team will become number-1 in Test cricket as well.

The Australian team has lost only one in the last 15 Test matches. Although the team had lost the last three series played with India.

But will India be able to establish its supremacy in T20, ODI as well as Test cricket by defeating the Australian team?

The answer to this is still hidden in the future, but in the midst of this question, let us remember the story of that Test match involving the Australian team, the result of which is still recorded as the victory of the smallest margin in the Test match.

January 26 means today 30 years of a memorable and historic match have been completed. In 1993, on this date, the record of winning by the lowest run in the history of Test match was made, which is still intact.

In today’s era, of course, many examples of winning on the last ball and by 1 run in T20 and ODIs will be easily found. But you would be surprised to know that this happened only once in the history of Test cricket.

The decision of the Test match played between Australia and the West Indies in Adelaide came on 26 January 1993, which was won by the West Indies team by only one run and then the record for the lowest run in the history of Test matches was made. Still intact today.

So on January 26, 1993, such a history of cricket was created in the Adelaide Test, which was not only very exciting, but whose hallmark was never seen before or after that.

Contrary to what the West Indies team looks like today, this team was very difficult to beat during its golden era which started in 1976.

The West Indies team, composed of players from island groups surrounded by the North Atlantic Ocean and the Caribbean Sea, has been playing Test cricket for 95 years (1928). So far he has won 66 out of 163 test series.

The Caribbean team won 25 of these Test series, lost two and drew nine during its golden era.

This was the period when the command of this champion team reached Richie Richardson via Clive Lloyd.

Lloyd was also the captain of the West Indies to win the ODI World Cup twice. During that time, the team had not only more than one batsman and bowler but also wicketkeeper and fielder at different times.

The West Indies team, which established its reign on the cricket field since the sixties, gave such a height to its cricket during the golden period, the discussion of which continues till date.

This historic match was played in that era. However, then the golden era of West Indies cricket was on its decline. Then the West Indies team was on a tour of Australia. Where the second match of the Test series was being played in Adelaide.

What happened in the Adelaide Test played in 1993?

In that Test match, recorded as a record of stealing victory from the jaws of Kangaroos, the West Indies team won the toss and chose to bat first.

The innings started well, but once the opening pair of Phil Simmons and Desmond Haynes broke on a total of 84 runs, no other batsman could play in the middle order except Brian Lara and Junior Murray. The Caribbean team falteringly scored a score of 252 runs. Merv Hughes took five wickets from Australia.

In response, the Kangaroos scored 213 runs thanks to Steve Waugh (42 runs) and 43 runs from Merv Hughes.

The West Indies got a slight lead on the basis of the first innings, but in the second innings, the Caribbean team completely faltered and piled up only 146 runs. Almost half of this (72 runs) was scored by only Captain Richardson.

Tim May, returning to the team after four years, took five wickets for only 9 runs during his 41 balls, while Craig McDermott took three wickets.

Now Australia had a target of just 186 runs to win. Australian team openers David Boon (zero) and Mark Taylor (7 runs) were dismissed early. Mark Waugh was also dismissed after playing an innings of 26 runs. Justin Langer scored a half-century but 9 players were dismissed till 144 runs were scored.

Victory for the Australian team was still 42 runs away. In such a situation, Tim May at one end and Craig McDermott at the other, both played very carefully and took the score to 184 runs.

When 40 runs were scored in the 9th wicket partnership, in the hope that Australia would win, Walsing Matilda songs were played in the stadium.

Now the victory was just two runs away and while Courtney Walsh was handling the bowling end, the batting end was with Craig McDermott.

Walsh was bowling. His next ball went behind the wicket after hitting Mactermott’s gloves and the umpire raised his finger. Along with this, the West Indies team, standing on the cusp of defeat, made a comeback in the series with this 1-run victory and won the next match and captured the series.

Walsh bowled that ball bouncer to McDermott. The umpire’s decision is still disputed today as it was clear on TV replays that there was a substantial gap between the ball and the gloves.

What did Border and Richardson say?

The decision to give McDermott out was given by on-field Australian umpire Darrell Hair.

Although the Australian players appealed against his decision, Darrell Hair did not change his decision.

After the match, Australian captain Allan Border did not question the decision of umpire Darrell, giving a full introduction to the spirit of the game. Border said, “It was a very close affair, like the decision of the match. What can you say – one run? At the beginning of the day, I was very sure that 186 runs would be made.”

At the same time, Richardson, the captain of the Caribbean team, said, I had a feeling that Walsh would take the wicket on that ball. I hadn’t given up hope at all.”

Both the captains left no stone unturned in praising the West Indies bowler who was the hero of that match.

The match was decided by Courtney Walsh, but the collapse of the Australian innings was caused by Ambrose, whose 10 balls not only dismissed 10 Kangaroo batsmen in that Test match, but also his 19 balls after lunch in that day’s play. Meanwhile Steve Waugh, Mark Waugh and Merv Hughes were dismissed.

This match was also memorable in the sense that it marked the beginning of Darrell Hair’s controversial umpiring career.

Darrell Hair, who started his career as an umpire in international Test cricket in 1992, was in the news for many of his controversial decisions and there was such a situation that the ICC had to remove him from umpiring.

This is the same umpire who misjudged the bowling action of Sri Lankan star bowler Muttiah Muralitharan and called his ball a no-ball until captain Arjuna Ranatunga removed him from the bowling. Then Darrell Hair gave a no-ball in three overs to Muralitharan on the charge of chucking seven balls.

Steve Dunn of New Zealand, the second umpire of that match, did not see any problem in Muralitharan’s action. Captain Arjuna Ranatunga got angry with the decisions taken on Hair’s Muralitharan’s balls and took the team out of the ground. However, he also returned with the team on the field again.

In 2006, Darrell Hair accused the Pakistan team of tampering with the ball and fined him five runs. In this (fourth) Test match played between Pakistan and England at the Oval, the Pakistani team decided not to enter the field after tea time.

Then tried for hours to resolve this dispute and the Pakistan team again entered the field but by then the umpire had declared England the winner.

After this Test match, the ICC removed him from umpiring and Hair remained out of umpiring for the next 21 months. Then in 2008 he came back but after only two matches he left it (umpiring) forever.

In Cricket Anthology of the Ashes, Simon Hughes writes, “The Adelaide Test is of great importance in this Australian tour of the West Indies, as it was the occasion when the hegemony of the Caribbean team was challenged.”

Australia had won the 1987 ODI World Cup and had organized the 1992 ODI World Cup. His team was consistently performing well.

At that time, Caribbean players were not only lions on the domestic grounds, but their skills were also being spoken on foreign soil.

In such a situation, the Australian tour of 1993 can be considered a very important turning point in terms of challenging the West Indies empire.

Although India had won the ODI World Cup in 1983 and Australia in 1987, but during this period the West Indies team did not lose a single series in Test cricket.

But the 1993 Australian tour was going to challenge his reign. Because in 1995, this Australian team had to face defeat in the Test series against the West Indies after almost 15 years and with this a new king of cricket was born.

Now in the same way the Australian team is coming on a tour of India and they are number-1 in Test cricket, while the Indian team is number-2 and in the series, the Kangaroo team will lose their kingdom due to the methods mentioned in this article and this is There will be a moment when the Indian team will be the king of rankings in all formats of cricket. 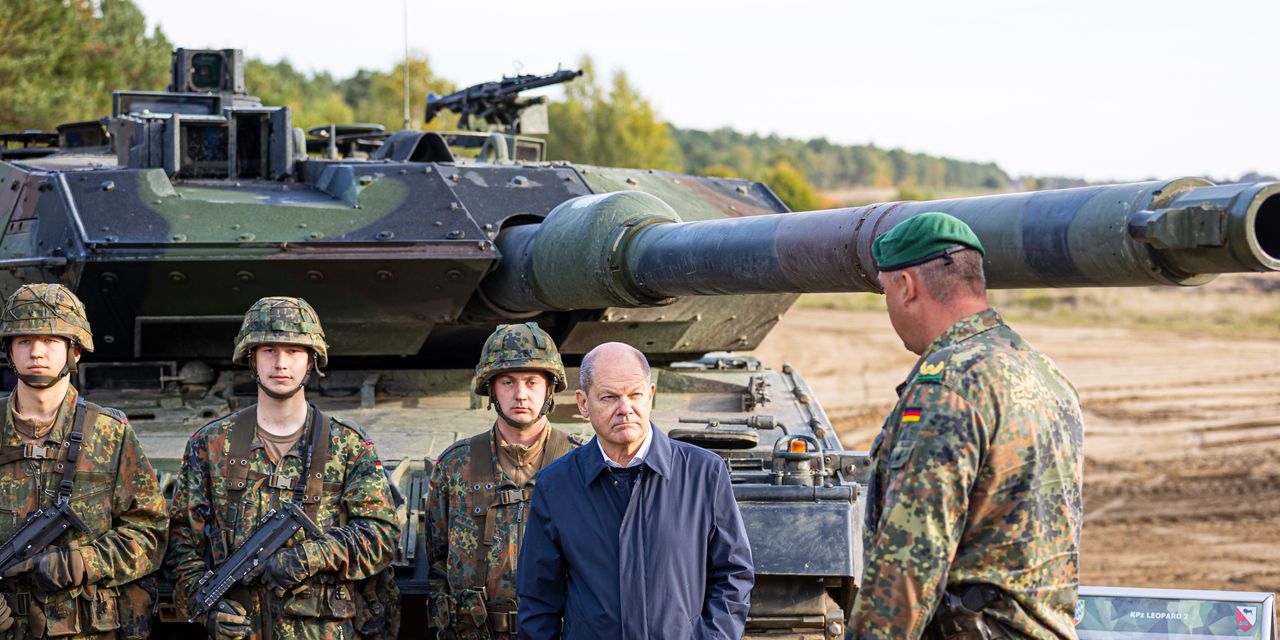