Urfi Javed.. who is often a part of the news for her bold and outlandish look and is considered a fashion sensation. At this time he is in discussion for some other reason and is facing a lot of trouble. In fact, Urfi Javed’s off-colour outfit is proving to be a problem for him. Yes, Urfi himself has disclosed this and told that no one is giving him a house to stay.

Yes, Bigg Boss OTT fame Urfi Javed has written her pain on Twitter. She also said that Hindu owners do not rent her houses because she is a Muslim actress. 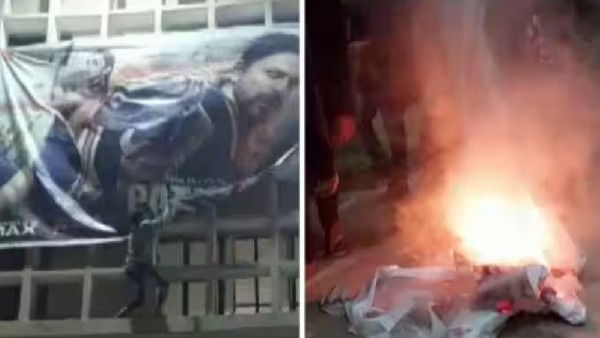 Pathaan – Uproar in this city of Bihar before the release of the film, posters were torn and burnt after entering the theater!

After this, this tweet of Urfi Javed is going viral very fast and people are reacting to it. One user wrote, “It was to think first, there will be reaction in action.”

One wrote, “Why do you need a rental apartment, you are a flying angel.” Panchhi bani udti firo mast gagan mein.” While one says, “Jaisi karni waisi bharni, na mano to karke dekho.” In this way people are continuously sending their comments on Urfi Javed’s post, although Urfi’s The answer has not come.

TV Actress Urfi Javed says Hindu and Muslim both did not give me rental house because of clothes! Read the Tweet.