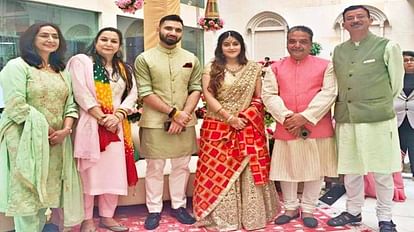 JP Nadda’s son Harish Nadda is getting married in a royal style at the ‘Rajmahal Palace Hotel’ in Jaipur. Riddhi, daughter of Jaipur’s hotel industry businessman Ramakant Sharma, is becoming his daughter-in-law. There is a wedding ceremony in the evening. A program has been kept to welcome the procession from 7.45 pm. There will be a wedding reception program from 8 pm. There will be wedding celebration and dinner party till late night.

On the Tuesday before the wedding, the rituals of mehndi and haldi went on from morning till afternoon, while in the evening a ladies’ sangeet program was organized at a hotel. After this, the program of worship of Kuldevi was kept. Nadda and a few select guests were present at the Ladies Sangeet. The guests at Ladies Sangeet also posed for photographs with Harish and Riddhi.

Bilaspur in Himachal on January 28, grand reception in Delhi on February 5

On January 28, in Vijaypur village of Bilaspur district of Himachal Pradesh, Harish and Riddhi have been blessed with a reception and reception ceremony. The ceremony will start at Nadda residence from 12.30 pm, in which local relatives-acquaintances and BJP leaders from Himachal and Bilaspur will come. The grand blessing ceremony of the wedding will be held in Delhi on February 5, in which Prime Minister Narendra Modi, Union Home Minister Amit Shah and all Union ministers are likely to attend. Leaders of many political parties and businessmen in Delhi will also reach the Ashirwad ceremony.

Marriage of both Nadda’s sons in Rajasthan

The marriage of both the sons of JP Nadda is related to Rajasthan. Earlier in February 2020, JP Nadda’s elder son Girish Nadda was married to Prachi, daughter of Hanumangarh-based businessman Ajay Jyani. The wedding took place at Gulab Bagh Palace in Pushkar as per Himachali and Rajasthani customs. Even after this marriage, a separate reception was held in Delhi. After farewell from Rajasthan, the bride was made to enter the ancestral home in Bilaspur district of Himachal Pradesh. After which a special Dham was organized for relatives, relatives and leaders. 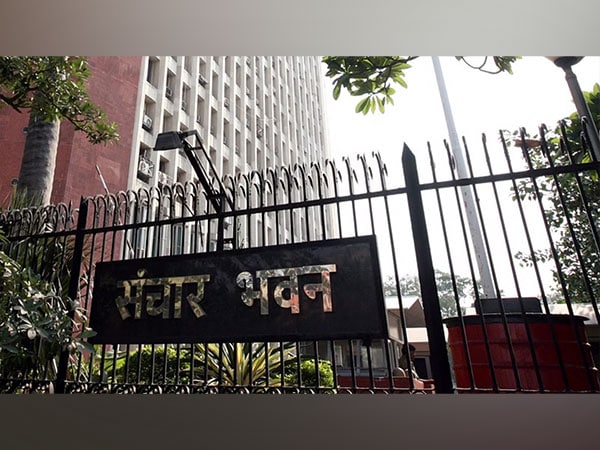