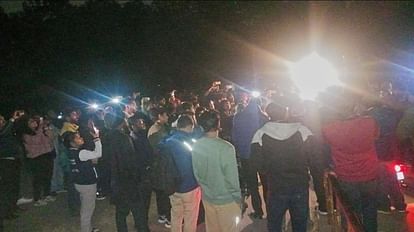 Uproar continues over screening of controversial PRESS24 NEWS documentary in JNU. The students staged a tremendous demonstration here till late night. Students allege that the campus administration here cut off electricity and shut down the internet to stop the screening of a documentary on PM Modi. When the students took out a march against this, they were stoned.

In the midst of these incidents, late night students demonstrated outside the Vasant Kunj police station. Later, a police team also reached the JNU campus and registered the complaint of the students. However, it is still not clear when, what, why and how this happened in the sequence of events. Let us know in five points….