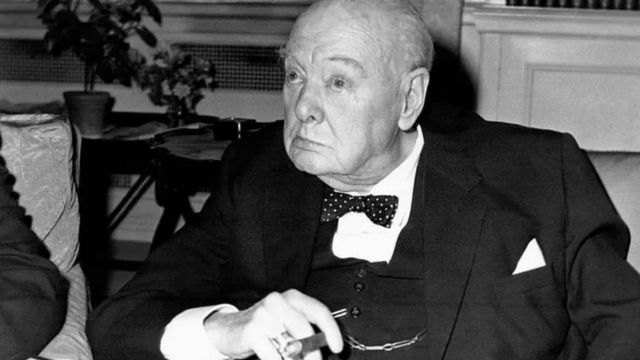 Every year on January 24 in Britain, tribute is paid to former Prime Minister Winston Churchill and he is remembered as a hero of the Second World War.

He is seen as a leader who fought and defeated a powerful dictator like Hitler.

There is no doubt that he is seen as a strong leader in Britain, but a dark chapter is also associated with his reign in the colonial history of Britain, which is directly related to India.

If he is a hero in Britain, then a villain in India.

The people of India and most of the country’s historians consider Churchill responsible for the millions of deaths due to hunger in Bengal in 1943.

According to an estimate in this famine, more than 3 million people had died due to non-availability of food and most historians believe that this happened because of Churchill’s policies, otherwise many deaths could have been avoided.

Many historians as well as Congress party leader Shashi Tharoor have been saying that Winston Churchill is responsible for the millions of deaths due to drought in 1943.

Shashi Tharoor once said in a speech in Britain, “Mr. Churchill needs to be studied deeply, his hands are as bloody as Hitler’s, especially because of the decisions that led to This led to the terrible food crisis of Bengal in 1943-44 in which 4.3 million people died”.

He added, “This is the same man whom the British have consistently presented as a messenger of freedom and democracy, while in my view he is one of the worst rulers of the 20th century.” Sugata Bose, professor of history at Harvard University, has been writing on the Bengal famine for the last 40 years.

In a conversation with PRESS24 NEWS Hindi, he says that the terrible famine of Bengal was a ‘silent holocaust’ for which both the British government and Churchill were responsible.

He says, “The exploitation of the British imperial system was ultimately responsible for the famine but Churchill must be held responsible for two reasons, firstly that he was the Prime Minister at that time and secondly he had a group of advisers around him who were very conservative in their approach.” He was deeply racist. He thought that Indians were not really fully developed and that is why it didn’t matter to him that millions of people were dying in Bengal.”

Did Churchill deliberately ignore the deaths in Bengal?

He says, “I think they knew everything about what was happening in Bengal because the people of the British administration in India also sent their reports to them. In those reports, complete information about the tragedy of Bengal was being given. We all Know that Churchill’s attitude was racist.

Sonia Parnell has written a book titled ‘First Lady, The Life and Works of Clementine Churchill’. He has written that most biographies have been written on Churchill, he is a hero as well as a villain.

According to him, Churchill’s responsibilities were multiple as World War II was on at the time and he was trying to deal with the war emergency and all the other responsibilities of his time at the same time.

In a conversation with the PRESS24 NEWS, historian Richard Toye of Exeter University in Britain says that Churchill did not deliberately ignore the drought of Bengal. Richard says, “He did not want to deliberately commit genocide against the Indians. He also had his own compulsions”.

Historian Yasmin Khan in Britain recently said in a PRESS24 NEWS interview that global conditions during the war caused the famine. The grain shortage was man-made. He said, “We can certainly blame them for prioritizing whites over South Asians, which was clearly discriminatory.”

When people did not get food grains in the villages, they went to the cities in search of food where they died of hunger. Many writers and historians have recorded that thousands of dead bodies had to be removed from the streets of Calcutta every day.

Christopher Bailey and Tim Harper write in their book ‘Forgotten Armies Fall of British Asia 1941-1945’, “By mid-October the death rate in Calcutta had reached 2000 per month. When he went out after watching the picture, he used to see dead bodies of people suffering from hunger on the road, which were being eaten by eagles and crows.

Obviously, all these things were reaching Churchill as well but it did not seem to have any effect on him.

Veteran Chitrakumar Shamanto was very young in 1943 but he still remembers the tragic scenes, “My family and I went hungry for days, it was scary to see people turning into skeletons, when you saw someone tell It was difficult whether you are seeing a human being or a ghost. I used to go near a canal and see a lot of dead bodies lying around, dogs are eating them, vultures are eating them, the British government has starved us. was killed by keeping.”

A Bengali artist and journalist named Chittaprasad Bhattacharya went from village to village reporting on the disaster. He made a magazine of his reporting which he named ‘Hungari Bengal’. He painted images of dire poverty during the Bengal famine of 1943, in these reports he used sketches to show the magnitude of the situation.

In such a situation, the work of Chittaprasad Bhattacharya was adventurous. Professor Sugata Bose says that an English journalist was also equally courageous.

He says, “From March 1943 to October 1943 nobody was allowed to report on the famine but I have to give credit to Ian Stephens, editor of the Statesman newspaper who decided to defy censorship and published the report on the famine for the first time And then started publishing photographs of famine victims. After this, the British Parliament, only six months late, accepted that Bengal was in the grip of a devastating famine.”

According to him, Churchill knew everything about it but in August 1943 he refused to give relief material to Bengal.

The then Viceroy Archibald Wavell also informed Churchill about the drought in Bengal. He wrote in his diary about the disaster, “The Bengal famine was one of the greatest calamities that befell the people under British rule and damaged our reputation both among Indians and foreigners.

When Viceroy Wavell demanded more grain to be sent to the famine-stricken districts, Churchill deliberately decided to divert the grain from starving Bengal to the British soldiers fighting in the Great War.

India’s own surplus grain was sent to Ceylon (Sri Lanka). The Churchill government did not stop the ships full of wheat from Australia and sent them towards the Middle-East instead of stopping them at Indian ports. America and Canada offered to send food aid to India but that too was rejected by Churchill.

It is documented that Churchill did not bother to respond to the Viceroy’s much-needed telegram about the famine. When the authorities drew his attention to the deaths resulting from his decision, he did send an irritated telegram, in which he asked “Why is Gandhi not dead yet?”

It is clear that Britain’s hero Churchill has been a controversial figure and in India he will always be held responsible for the millions of deaths caused by the terrible famine in Bengal in 1943. 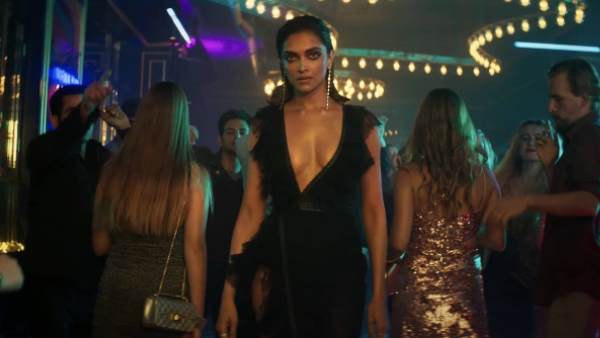