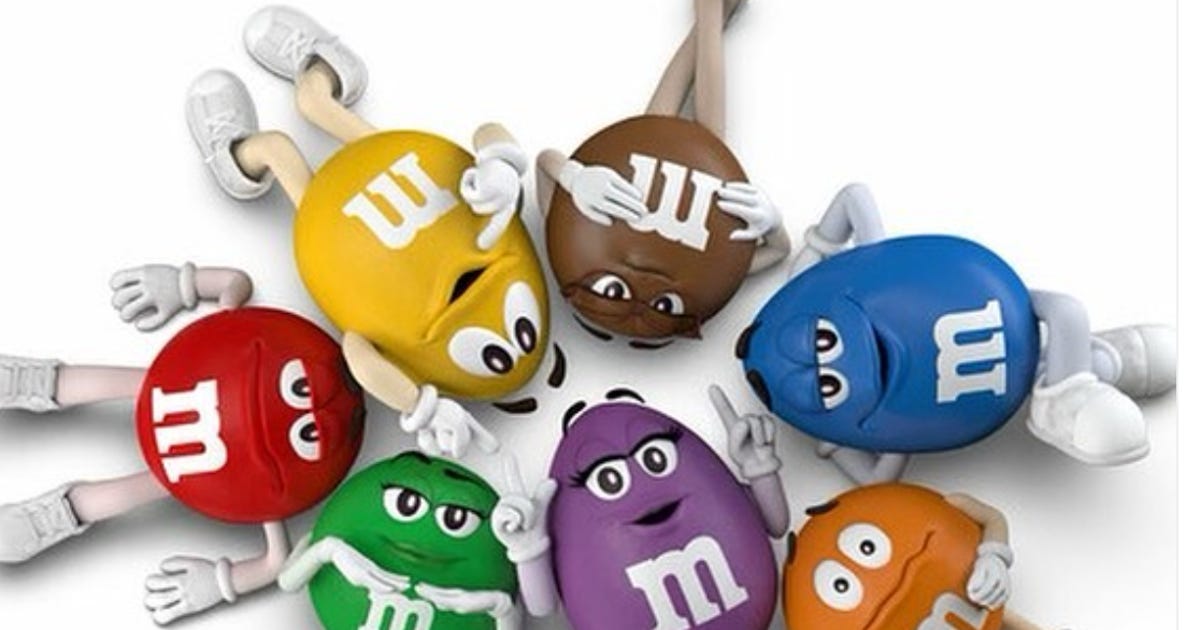 Ah, the candy business, such a sweet, non-controversial occupation. Most everyone loves your product, and you never get dragged into politics. Or so you’d think. On Monday, M&Ms, the cute little “melts in your mouth, not in your hand” candy owned by Mars Wrigley, issued one of those social-media statements usually seen when a company has really ticked consumers off.

“America, let’s talk,” the message begins. It goes on to note that the colorful little candy mascots seen in the company’s ads — essentially, M&Ms with faces and limbs — have caused internet controversy.

Therefore, M&Ms has “decided to take an indefinite pause from the spokecandies,” instead adding actress and comedian Maya Rudolph as its spokesperson. But is this for real? And what’s the chocolate-coated backstory? Here we go.

M&Ms personified their candy years ago, giving each colored candy a different voice and personality in its ads. The yellow M&M, for example, is portrayed as a kind of dim bulb. He’s a peanut M&M, so it might be a play on “peanut brain.” The green M&M is portrayed as the sexy one, seemingly playing off an old playground joke about green M&Ms being little aphrodisiacs. The others all have slightly different personalities and appearances, and they pretty much stay consistent from ad to ad.

The candy has leaned hard on the spokes candies as part of their ad campaign. There’s even an in-theater ad showing the M&Ms as if they were characters in an action movie. It does double duty as a “turn off your cell phone PSA.” Just as the candies are about to be sent into space strapped to a rocket, a phone rings, and they scold the audience for not turning their phones off.

Why are they controversial?

The fuss mainly surrounds the green and brown candies, depicted in ads as female. It started with their footwear. (Yes, these are still the cartoon candies we’re talking about.) The green M&M used to be drawn in high-heeled white go-go boots, and the brown M&M in stiletto heels. Then in 2022, green’s boots were replaced with white sneakers, and brown went from super-high-heeled stilettos to a flatter, lower heel. (The male candies seem to all wear clunky white saddleshoes or sneakers.)

Back in 2022, Fox News host Tucker Carlson mocked the changes on his show.

“M&M’s will not be satisfied until every last cartoon character is deeply unappealing and totally androgynous,” Carlson said. “Until the moment when you wouldn’t want to have a drink with any one of them. That’s the goal. When you’re totally turned off, we’ve achieved equity. They’ve won.”

Carlson decided to attack the candies again in January 2023, also calling out the orange M&M for “becoming a poster boy for the mental-health crisis” (the always-nervous character was said to have anxiety). He described a purple peanut M&M’sa newer character, as being an “obese and distinctively frumpy lesbian M&M.”

The purple, brown and green M&Ms, the only colors represented by female spokecandies, are offered together in a limited-edition candy pack that the company touts as supporting women, with a portion of profits going to organizations that are “uplifting and empowering women.” ” A graphic shown on Fox called the all-female M&M pack, “woke candy.”

Is this for real, or a publicity stunt?

So did this reaction inspire M&Ms to pull its candy mascot and replace them with Maya Rudolph?

A representative for Mars Wrigley did not immediately respond to a request for comment. But let’s think this through. What’s just around the corner? The Feb. 12 Super Bowl, home of outrageous commercials and flashy corporate publicity stunts. (We’re tracking all the Super Bowl commercials as they’re revealed.)

It seems fairly likely that the cute little cartoon spokecandies aren’t going anywhere. Someone at Mars Wrigley is sly enough to play off the headlines that their mascots have engendered.

Maya Rudolph will almost certainly appear in an M&Ms Super Bowl ad, but there’s no way she’s replacing the little animated critters for good. M&Ms is unlikely to throw away decades’ worth of cute, recognizable characters just because of some statements about their size, gender and footwear.

According to TMZ, Rudolph has confirmed that the fuss is just leading up to her Super Bowl ad. And an MSNBC columnist also agrees that this is all just an advertising ploy.

Where have we seen this before?

It wouldn’t be the first time a Super Bowl ad has teased at the removal of a company’s mascot. In 2020, a big game commercial showed the funeral of mr. peanuts, the mascot for Planters nuts, and the arrival of Baby Nut instead. (Baby Nut was aged up to adulthood, just like soap operas do, in 2021.)

And in 2019, the Mountain from Game of Thrones killed off Bud Light’s mascot, the Bud Light Knight, in a Super Bowl commercial. He also returned to the world of the living in an ad shown just a few months later. So there’s precedent for these ads yanking a beloved mascot away, then returning it to ads later on.

Tune in to the Super Bowl on Feb. 12 to see what kind of ad M&Ms have cooked up with Maya Rudolph. It seems likely the spokecandies will make some kind of humorous appearance and regain their mascot roles. 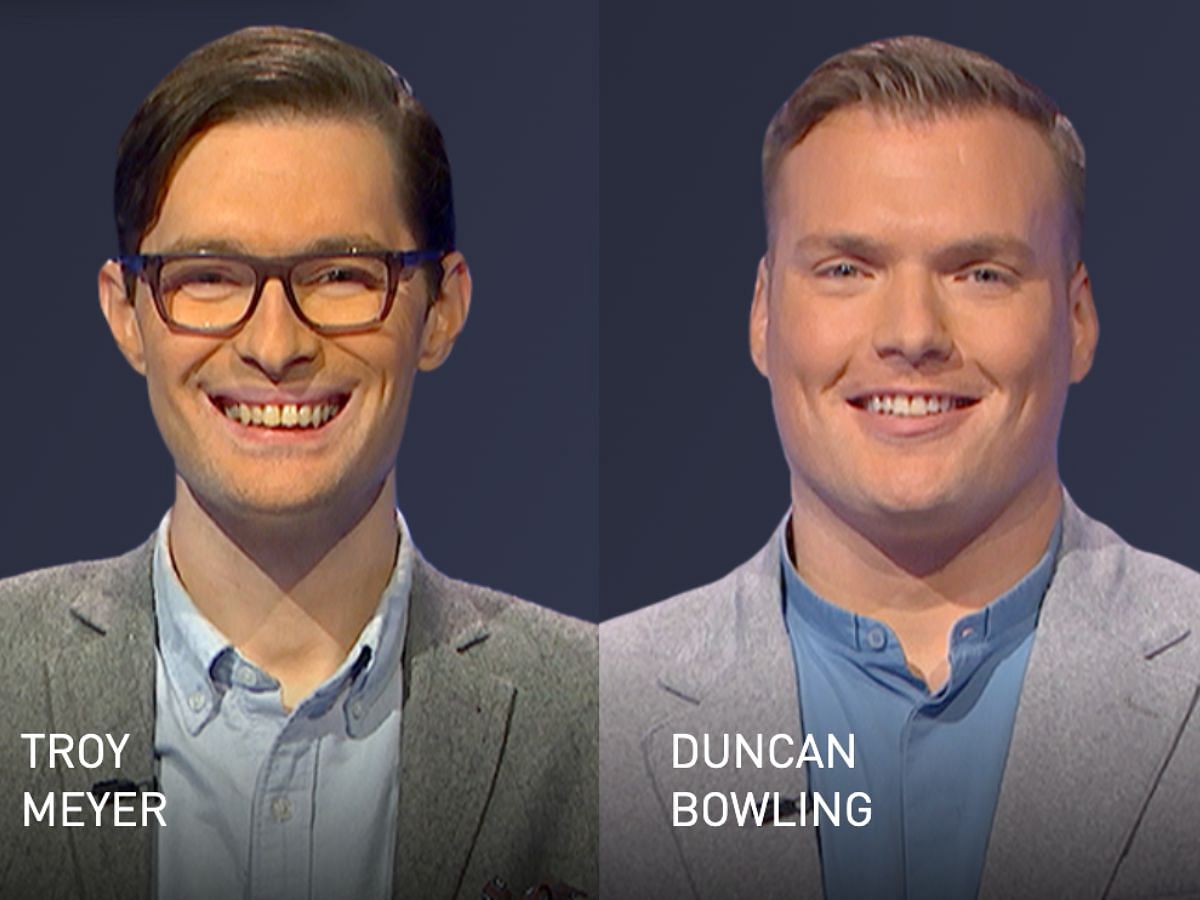