Cecafe’s head, Nicolas Rueda, said there was no change regarding shipping, with exporters struggling to get bookings for containers and vessels, as well as facing frequent loading postponements from shipping companies.

“There is intense competition among exporters to secure containers and to book loadings. And it is all very costly,” Rueda said in a statement, adding that the situation is testing the planning capacity of exporters.

He said importers in the main consuming countries such as the United States, Brazil’s top client for coffee, are suffering as well, having to manage the disruptions in the supply chain.

Brazilian exports of arabica coffee, the milder variety, fell 24% to 2.42 million bags, while shipments of robusta coffee, the type used in blends and by the instant coffee industry, fell 51% to only 326,045 bags.

There is strong demand for robusta coffee in the Brazilian domestic market as roasters increase the use of that coffee in their blends since arabica prices have jumped to all-time highs after the frosts in July.

Beyond being the world’s largest coffee exporter, Brazil is the second largest consumer of the beverage behind the United States.


To oil its fast-paced expansion and the resultant expansion of its loan book, affordable segment-focused Shriram Housing Finance has secured an additional Rs 300 crore equity capital from the parent Shriram City Union Finance, taking its total equity capital to about Rs 1,100 crore.


The company has set a target of crossing Rs 5,600 crore of assets under management (AUM) target by March, as it had already crossed the Rs 4,000-crore mark in July and the new growth capital will help it expand the balance sheet faster.

For the Shriram Group’s housing finance company, this is the second round of equity capital infusion; and with this, the total equity infusion in FY22 so far stands at Rs 500 crore and since the launch at Rs 1,088 crore. The capital infusion will enable the mortgage lender to expand its balance sheet faster by growing its loan book.


“This capital infusion will increase the holding of Shriram City Union in the company to 85.02 per cent,” Ravi Subramanian, managing director and chief executive of Shriram Housing Finance, told PTI on Wednesday.


He said affordable housing and mid-market segments are witnessing strong demand from small towns, and the capital infusion will be utilised to fund the rising demand for home loans.


The company has ambitious plans to expand its distribution with a primary focus on cross-selling through the Shriram Group network to Shriram customers in Andhra and Telangana.


The capital will also be utilised to fund the expansion plans in the targeted regions.


He said that with this round of recapitalisation, the company’s net worth has also increased to Rs 1,088 crore with this investment from Rs 788 crore in June 2021.


Subramanian added that this capital infusion will help the company expand its footprint and enhance growth potential, and this is also a reinforcement of the group’s faith in the company’s transformed business model.


“We would continue to build on our core strengths and maintain our growth trajectory. This would also help us outperform competition both on business volume and collection efficiency,” he added.


On the growth so far this fiscal, he said loan sales have been robust with an annualised growth of 60 per cent, driven by rising demand for affordable home loans. “We are on track with our expansion plans in Andhra and Telangana and that will help us meet our full-year AUM target of Rs 5,600 crore the fiscals.”


Earlier, in an interview with PTI, Subramanian had said the city-based affordable housing focused lender, which is one of the three credit business verticals of the Chennai-based Shriram Group, closed FY21 with a loan book of Rs 3,923 crore, which despite the pandemic washout had crossed Rs 4,000 crore in end-June.


This means the company plans to add more than 1.5x times its present book over the next 30 months, he had said.


Invesco said on Wednesday it facilitated talks between India’s Reliance Industries and Zee Entertainment earlier this year on a possible merger, revealing for the first time that India’s richest man, Mukesh Ambani, was interested in the television giant.


But the U.S. investment firm rejected allegations from Zee that it was using double standards in objecting to a merger of Zee and Sony Group’s India unit with terms similar to those discussed with Reliance.

Invesco’s response is the latest in a growing public spat in which the U.S. asset manager, which owns 18% of Zee, is calling for a revamp of Zee’s board and the removal of CEO Punit Goenka over alleged corporate governance lapses.


Zee said on Tuesday that the opposition by Invesco to the proposed Sony deal “runs contrary to the very deal Invesco was proposing” with Reliance and that the U.S. firm’s demands were not motivated by concerns around corporate governance or the company’s business.


Zee’s founder has accused Invesco of plotting a hostile takeover of the company, and the company has dismissed requests to call a shareholder meeting to vote on the U.S. investor’s demands, including appointing six new independent board members it proposed. Zee earlier said it has tightened its processes.


The two sides are now locked in a bitter legal and public tussle in which they are lashing out at each other almost daily. Invesco has asked an Indian tribunal to order Zee to call the meeting, and Zee has until Oct. 21 to respond.


“The role of Invesco, as Zee’s single largest shareholder, was to help facilitate that potential (Reliance) transaction and nothing more,” Invesco said.


“…The implication that we as a shareholder would seek out a transaction for Zee that is dilutive to the long-term interests of ordinary shareholders, including ourselves, simply defies logic.”


Goenka’s family, founders of the company, owns about 4% of Zee.


The company on Wednesday denied that other shareholders would be diluted under a plan for the family to receive more shares, representing 2.11%, of the merged company in exchange for a non-compete clause because no new equity would be issued.


Under the merger deal, Goenka’s family can raise its stake to 20% of the resulting company. Zee said the terms would be governed by law and disputed Invesco’s charge that the company had not specified how this would occur.


“In the meantime, we urge Invesco to stop publishing half truths about the proposed deal in the media and let the board of directors of the company and the management work towards finalising this deal (which is clearly for the benefit of all stakeholders),” Zee said in a statement.


Reliance confirmed it approached Zee for a merger with help from Invesco but said the talks fell apart as the investment firm did not agree with a demand from Goenka’s family for an option to increased their stake later.


“We … have never resorted to any hostile transactions,” the conglomerate said. “We regret our being drawn into the dispute between Zee and Invesco.”


Reliance has a vast media presence in India through its Network18 business that includes VH1, Nickelodeon, MTV and a range of other local language and news channels.


Zee’s statement on Tuesday said it had rejected the Reliance offer over concerns about valuation and that “it would result in a loss to the stakeholders of the company.”


“The new revelations show that Invesco is not just a shareholder exercising its rights but a motivated party,” said Shriram Subramanian, founder of shareholder advisory firm InGovern, adding that the news raises doubts whether the six directors Invesco has proposed are “actually independent.”


“The corporate veil has finally come off,” he said, calling for a regulatory probe.


Market regulator Securities and Exchange Board of India did not respond to a request for comment.


Invesco has alleged that financial irregularities that have plagued Zee and have been flagged by India’s market regulator were linked to Goenka’s family.


In recent weeks, Zee, which is a household name in India’s television and film landscape, has found support from Bollywood stars, who have said on social media they hope the crisis ends soon for the group. 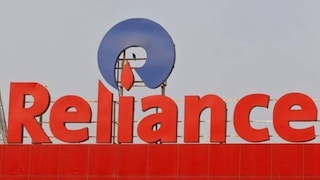 Which of these youngsters will score more runs this ipl?

Thank You for Voting

How pension received is taxed?

How pension received is taxed?