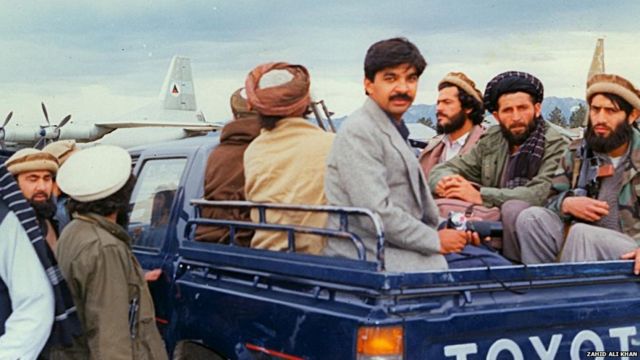 Although I had gone to Kabul with a peace committee of Pakistan, but I used that opportunity to increase rapport with the people there. After that I realized that there is another Kabul settled inside the city of Kabul, which has been ravaged by the war.

I was welcomed at a painter’s house by saying ‘Namaste’.

The girls of the house were very fond of Hindi films. From that she had learned to speak broken Hindi and Urdu. When she was told that I was a Muslim and that she could salute me, one of them said, “We thought that maybe in Pakistan we say Namaste to Salam.”

Zahid Ali Khan recalls the family that was scared but full of life, saying, “After the meeting, it felt like they were a modern family. They were all very happy when I took their pictures. Then I was best friends with them. It happened and the kids became my good friends. They were just playing around with me.

The news of the arrival of a Pakistani journalist and photographer spread throughout the locality, after which ‘every day a new family would visit me.’

Kabul was different from thinking

Cm Yogi Adityanath Press Conference On Completing Four And Half Years Of Bjp Government In Uttar Pradesh. Four and a half years of UP government: Chief Minister Yogi gave report card, said – now good governance is the identity of the state

The Kabul that Zahid Ali Khan got to see during his meeting was very different from his thinking.

He says, “Women were still not visible in the bazaars, but the atmosphere in the residential areas of Kabul was different. Fighters roamed the streets, but life was different inside the streets of Kabul. Although that life was scary and scary. In Afghanistan, I thought that there would be mujahideen everywhere, but there the girls were wearing jeans and T-shirts. One of the relatives of the photographer I went to was a senior editor of Radio Kabul. They were all educated People were.”

From these meetings, Zahid learned that the citizens of Kabul had very different views. He was not interested in whose government was there earlier or who will come now? They only wanted peace and security of their lives.

Tension between the townspeople and the fighters

According to Zahid, when the mujahideen entered Kabul, the news of looting started coming.

“The citizens of Kabul had a very bad first experience with the Mujahideen. Because of this, they hated the revolution that emanated from anti-Russian ideology.”

According to him, a difference between the citizens of Kabul and the Mujahideen was also of different ideologies.

He says, “Mujahideen fighters either had a rural background or they came to the city for the first time. The citizens of Kabul hated them and wanted the Mujahideen to leave Kabul immediately. I still think that the urban areas of Afghanistan are different. think from.”

According to Zahid, most of those who fought against Russia and America were of rural background. Although the citizens of Kabul had no problem with Islam, they were also influenced by Western civilization as many of their family members lived in Germany, Czechoslovakia and Russia.

He says, “15 to 20 boys and girls from the family I became friends with were studying in Russia. In those days a young man had come, who told me that they get free education and scholarship in Russia, and Certainly, when so many facilities are being provided, then better relations are also formed with that country.

Video market of the times of Mujahideen

Zahid Ali Khan says that one day when he was in Rashtrapati Bhavan, the guard living with him was ordered to buy a generator from the market.

He says, “I expressed my desire to go with them and the guards agreed. There I saw an interesting sight. The guards filled five-six sacks of notes and kept them in the trunk of the car, which cost about fourteen thousand Pakistani rupees.”

The most surprising sight for Zahid Ali Khan was a video shop after he reached the market with the guards.

Zahid Ali Khan says, “I asked the guards to stop the car. What’s the use of a video shop being through Mujahideen? When I went to see it, I had a narrow street in front of me, where there were many video shops. Just like that Just like in Karachi’s Rainbow Centre. This market was crowded and there were small shops across the line, full of Hindi films. Then I realized how much Kabul’s urban population is influenced by Indian culture. Maybe this is the reason. I was welcomed by saying hello.

He says, “I had heard that things from Russia are available in Afghanistan at a cheap price. I went to a similar market with the security personnel of Rashtrapati Bhavan, where I saw a shop with old-timey goods. The shopkeeper told my Very warm welcome.”

“From there, I bought a Russian-made Xenox camera and 15 filters for a total of 200 Pakistani rupees. Similarly, in a market, a lady forcibly placed a very expensive sheet in my hand, which I bought cheaply, although it cost more. Should have been.”

‘went there with the delegation‘

I had come to Kabul from Karachi without informing my family. After reaching there, I informed my family about this through a special wireless set like telephone installed on the roof of Rashtrapati Bhavan.

February, 1993. A year had passed since the defeat of the Soviet Union, but the situation in Afghanistan was still tense.

In Kabul, an interim government led by Burhanuddin Rabbani was trying to control the situation of civil war between various Mujahideen groups. Gulbuddin Hekmatyar’s Hizb-e-Islami said that elections should be held in the country, but President Rabbani was not ready to resign.

To resolve this crisis, a delegation led by Jamaat-e-Islami chief Qazi Hussain Ahmed came to Kabul from Pakistan. For the next 27 days, he met with Afghan leaders and tried to bring about a reconciliation between the two sides.

In this delegation, apart from political and military personalities, I (ie 30-year-old Zahid Ali Khan) from Karachi had joined as a photographer. He was called to cover the talks through a senior friend of the university.

He also had a Polaroid camera with him while preparing for the trip. But he did not know that this camera would prove to be such a key for him that not only would he open the locked doors of Rashtrapati Bhavan, but due to this he would also be friends with the fighters and he would be able to become a guest in the houses of the common people of Kabul.

Flight from Peshawar to Kabul

The delegation was to leave for Kabul from Peshawar airport in early February. Apart from Qazi Hussain Ahmed, General Hamid Gul and diplomats of Iran and Saudi Arabia were also involved in this.

The journey also started with a funny incident. The pilot and co-pilot of the Afghan plane were seen checking the air by stumbling on its wheels during a pre-flight check-up.

Then both of them put a small iron ladder from the door, so that the passengers could board the plane. Seeing this, many members of the delegation questioned, “Whether this plane will be able to reach its destination or not.”

This trip made many memories of a minibus in Karachi. Like the cargo plane, that plane too had benches instead of chairs. That journey cannot be called comfortable by any means.

Everyone heaved a sigh of relief after landing safely at Kabul airport. Due to prior notice of the delegation’s arrival, Mujahid groups fighting in and around Kabul declared a two-hour ceasefire.

This team of peace committee was accommodated in Rashtrapati Bhavan but within five-six days I was tired of the atmosphere of Raj Bhavan.

“I was not particularly interested in living there. I thought I would go through the streets and bazaars to meet the common people, take their pictures, learn about the environment. After this, on my request, I was taken to a guest house in the Wazir Akbar Khan area. I’ve been shifted.”

The security staff of Rashtrapati Bhavan had become friends due to the Polaroid camera. The friendship grew to such an extent that members of the delegation would ask me in surprise, “What magic did you do that these people live with you?”

The security personnel of Kabul’s Rashtrapati Bhavan took care of Zahid Ali Khan in every way. He would make them drink kahwa and feed them dry fruits.

He says, “If I had taken his pictures with a film roll camera, he would have refused and said, “Aks soon”.

One advantage of this friendship was that Zahid was allowed to roam the Raj Bhavan and take pictures without any hindrance.

The walls of the Raj Bhavan were covered with beautiful and valuable paintings, mostly by artists from Eastern European countries such as Poland, Czechoslovakia and Central Asia. There was also a museum in the premises, but it was completely sealed.

Staying in Wazir Akbar Khan gave Zahid an opportunity to meet the common citizens of Kabul.

“It was a war situation, so we weren’t allowed to go out and meet strangers, but I took a risk for my hobby,” he says.

When Kalashnikov was not on the temple, the rocket taunted

Zahid Ali Khan explains that due to continuous taking pictures, the cartridges of the Polaroid camera were exhausted and the rolls of the film were also reduced. A week or ten days after arriving in Kabul, I decided to go to Pakistan with a fellow driver to send pictures to the newspapers and get a new film.

During the journey, a shocking incident happened to him.

He says, “At a secluded place ahead of Jalalabad, we were stopped by the fighters. A frightening young man, eating an apple, put not a pistol, not even a Kalashnikov, but the tip of a rocket on my forehead. Then I thought That this is probably the last moment of my life.”

The gunman asked in Dari language, “Who are you? So I could barely repeat the sentence I had memorized: Khabarnigar dar Pakistan Ast (I am a Pakistani reporter).”

Hearing this, the fighter lowered his launcher, took out another apple from his pocket, gave it to me and left with words of congratulation.

The word ‘Pakistan’ was the passport itself.

He says, “The word Pakistan was our passport at that time. Wherever we went and as soon as people came to know that we were from Pakistan, their attitude would change. They were happy.”

Zahid Ali Khan says that the delegation under the leadership of Qazi Hussain Ahmed tried hard to make the talks successful, but it could not happen. Saudi Arabia, America, Pakistan, Iran and India were all involved in this in their own way.

He says, “Perhaps this matter was not the case with Qazi Hussain Ahmed, Hameed Gul and some diplomats.” Cm Yogi Adityanath Press Conference On Completing Four And Half Years Of Bjp Government In Uttar Pradesh. Four and a half years of UP government: Chief Minister Yogi gave report card, said – now good governance is the identity of the state 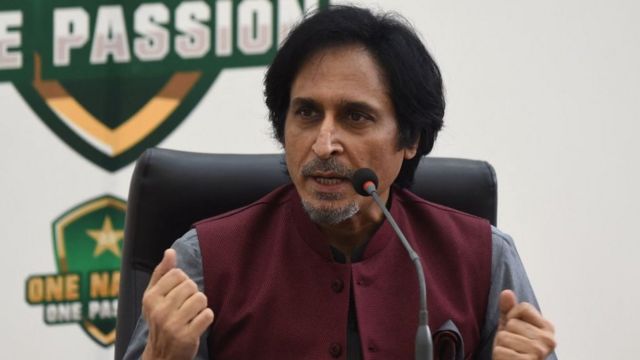 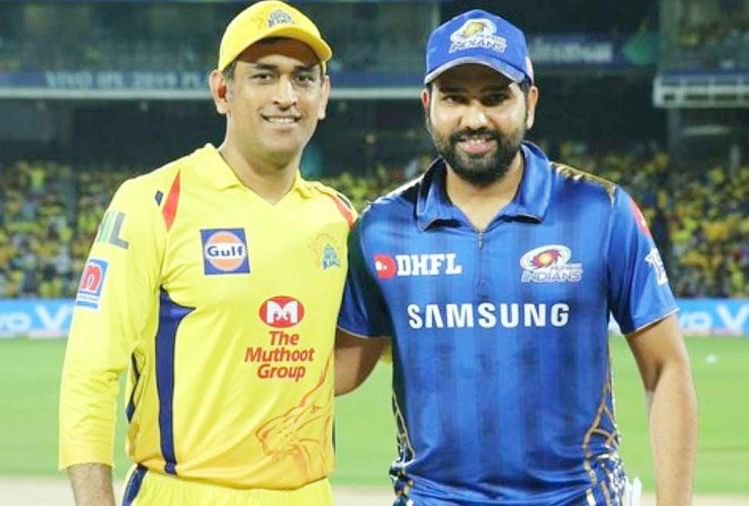