Kristalina Georgieva risks seeing her authority as head of the International Monetary Fund undermined just weeks before an annual meeting of global finance chiefs, after being accused of influencing a report in China’s favor when she worked at the World Bank.


Georgieva on Thursday said that she “fundamentally” disagreed with the finding — by an outside law firm engaged by the World Bank — that she had applied pressure on the bank’s staff to boost China’s ranking in an economic report. She informed the IMF board of the allegations on Thursday and will be addressing the fund’s staff Friday, according to people familiar with the matter.


The substance of the charge — putting “undue pressure” on World Bank staff to adjust the rating in the “Doing Business” report when she served as chief executive officer — was the latest in a series of scandals that have plagued the troubled report in recent years. So beleaguered, subjective and controversial is the methodology for the report, which measures the ease and transparency of operating in an economy, that the World Bank announced it will stop producing it.


But for Georgieva, 68, the scrutiny may only be starting.


The ranking that she is accused of pressuring staff to improve is that of China, a magnet for criticism in Washington over everything from trade to geopolitics. The U.S. Treasury sees the accusations as serious and is “analyzing the report,” the department said; the U.S. holds veto power over major IMF and World Bank decisions. Republican lawmakers could use the issue to renew criticism of an expansion in IMF resources under Georgieva’s leadership.


Representative French Hill, an Arkansas Republican and one of the most outspoken Congressional critics of last month’s IMF reserves issuance, said that the report raises serious questions about Georgieva’s motivations during her time at the World Bank.


“If these allegations are true, then the IMF board should promptly assess her service in the top job there,” he said.


Hill, a member of the House committee on financial services, said that he would ask U.S. Treasury Secretary Janet Yellen to assess the report and bring that opinion to Congress.


“Financial markets and policy makers rely on the expertise of the multilateral lenders and that reputation is now tarnished,” he said.

Justin Sandefur, a senior fellow and World Bank watcher at the Center for Global Development, a think-tank, said the report could end up affecting her relationship with IMF members.


“The IMF is in charge of ensuring the integrity of international macroeconomic statistics and holding countries to account for the integrity of their data,” Sandefur said in an interview. “This report just has Georgieva red-handed actively involved in the manipulation of data for geopolitical purposes. That seems pretty damning.”


The episode offers a rare window into how China has exerted influence on the leaders of international financial institutions in recent years, and how reactive those senior officials have been to sensibilities in Beijing.


The World Bank-commissioned report, penned by lawyers at WilmerHale, goes out of its way to exonerate China from having done anything wrong. “To be clear our review should not be read to imply that there was any inappropriate conduct on behalf of any Chinese or other government officials,” they wrote.


Georgieva was serving as the bank’s CEO under Jim Yong Kim, who was nominated by President Barack Obama and spent much of his tenure as president of the World Bank conducting geopolitics, often by necessity. He worked hard to build a relationship with both China and the rival to his own institution that it had established — the Asian Infrastructure Investment Bank.


The politics have only become more difficult as China has grown increasingly assertive under President Xi Jinping and as the relationship between Washington and Beijing has grown more tense on a number of fronts, including trade and economics.


Paul Romer, the Nobel winner who was the World Bank’s chief economist until he left in early 2018 — after falling out with Kim and Georgieva — said in an interview that China had often applied pressure on bank staff to alter draft reports. It was his parting criticism of the “Doing Business” process, in an interview with the Wall Street Journal, that led to the investigation into the report and the politics surrounding it.


China’s position in the 2018 report, released in October 2017, should have been seven places lower — at No. 85 rather than 78 — the World Bank said in a review released last December. Kim and Georgieva had influenced a reworking of the rating, WillmerHale found.


“You couldn’t have engineered a more embarrassing collection of facts for Kristalina vis-a-vis critics of the fund on Capitol Hill,” said Sandefur.


Georgieva, the first head of the IMF to hail from an emerging market — Bulgaria — has been overseeing an historic expansion in the reserve assets of IMF members, of $650 billion, meant to help countries deal with mounting debt and the fallout from the Covid-19 pandemic. Republican lawmakers have criticized the move in part as a reward to undemocratic nations, including China.


GOP Representative Andy Barr of Kentucky in a statement late Thursday called the report “alarming” and urged the Treasury to “evaluate” Georgieva’s actions in the run-up to the allocation of that money, known as special drawing rights, in light of the report’s findings.


“Ensuring integrity at the IMF is essential,” Barr said.


According to the report and one person familiar with the events, Georgieva took charge of what was seen within the bank as an unusual intervention on China’s behalf. In the past, senior staff had done their best not to intervene with the team overseeing the “Doing Business” report for fear of violating internal rules, the person familiar with what happened said.


It also came at a time of intense sensitivity in China about the “Doing Business” rankings. Earlier that year Li Keqiang, the premier, had grumbled about China’s poor showing, triggering a surge in domestic efforts to improve its performance. Those efforts were too late to affect the 2018 standings, though they later paid off. In the 2020 rankings, China finished 31st, ahead of France.


The issue was raised at least twice in dinners Kim had with senior Chinese officials during visits that year, according to the person familiar with the events. They also were raised by Chinese officials with Georgieva during a visit she made as part of the China Development Forum.


On the World Bank’s side, they also came as Kim and Georgieva were engaged in delicate negotiations with China, the U.S. and other members to raise the bank’s capital. In the end China accepted both a smaller shareholding in the bank than it sought and higher interest rates on bank loans it received as part of a plan to defuse opposition from the Trump administration.


The episode detailed in the report highlighted an inherent tension in leading the Washington-based IMF and World Bank, Romer said. Both are institutions where the leaders have to be shrewd diplomats to both win and keep their jobs — which increasingly means securing the approval of Beijing as well as Washington.


Yet those necessary politics can be at odds with their missions to be scrupulously independent keepers of important data and analysis. That means the latest episode will have a cost to the credibility of not just the World Bank but also the IMF, Romer said.


By tradition under an unwritten transatlantic agreement, Europe has selected the managing directors of the IMF while the U.S. chooses presidents of the World Bank. Georgieva is the second woman to have run the IMF, following current European Central Bank President Christine Lagarde.


Attention on the WilmerHale report is unlikely to go away quickly, according to longtime observers of the fund’s politics.


“The full report is worth reading, it’s quite something,” Stan Veuger, a senior fellow at the American Enterprise Institute, a conservative Washington think tank, wrote on Twitter. “Some remarkable actions” by Georgieva, he said. 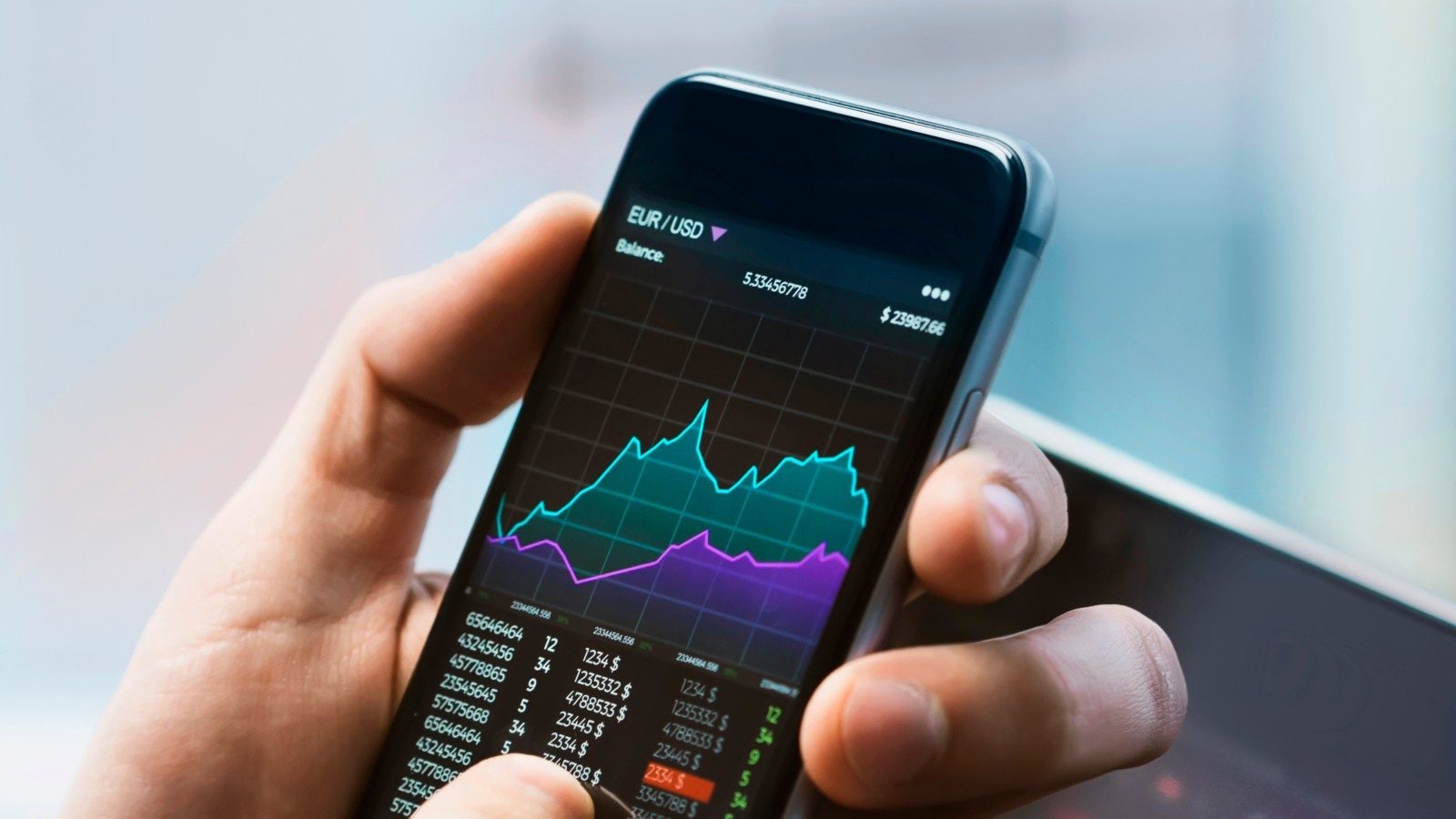 Market Ahead Podcast, Sept 17: Factors that may guide the markets today