People around the world are astonished by the speed with which the Taliban have captured almost the entire country in Afghanistan. The capitals of the provinces are falling apart like a pack of cards in front of Taliban fighters.

The governors of many provinces have themselves surrendered to the Taliban so that there is no bloodshed. Kabul has also been captured by the Taliban without a struggle.

President Ashraf Ghani has fled the country after the Taliban captured Kabul on Sunday. Due to his departure, there has been a kind of political desertion in the country. Many people do not understand that in whose hands they had entrusted the command of running the country and keeping them safe, how can they leave them like this and run away.

A leaked US intelligence report this week predicted that the capital, Kabul, could come under attack from the Taliban in the coming weeks and that the country’s government could collapse within three months.

But in about ten days, the Taliban established their feet on all the main cities of the country and the capital is also now under their control. The events of the last 24 hours are not understood in any way that how the power of a democratic country can be disintegrated so fast.

Ashraf Ghani wrote as he went, “Many people are scared and worried about an uncertain future. It is important for the Taliban to assure all the people, the entire nation, all sections of society and the women of Afghanistan.” and win their hearts.”

The question arises whether even Ashraf Ghani did not know what was the internal condition of his country. Or they were silently waiting for this day knowing everything, or what happened was really the destiny of which the Afghan government and the American intelligence were completely ignorant of all.

In September 2001, there was a major terrorist attack on America, for which it blamed al-Qaeda. This time, on the charge of supporting al-Qaeda, the US attacked Afghanistan and ousted the Taliban from power and paved the way for the formation of a new government there. Since then, Americans have been maintaining their military presence in Afghanistan.

But after the peace talks started between the Taliban and America, America decided to withdraw its army from Afghanistan. Meanwhile, the Taliban quickly began to take control of cities and towns in the country, and the Afghan army could not stand for a few days in front of Taliban fighters due to the negligible presence of US forces.

The US, Britain and its allies of NATO have spent a lot of time in the last 20 years training Afghan security forces.

How many army generals of America and Britain claimed that they had prepared a strong and powerful Afghan army. But after the Taliban came very close to power, these promises and claims now seem hollow.

The spread of the Taliban was faster than what the US had estimated, and after the capture of Jalalabad on Saturday, the Taliban surrounded Kabul on Sunday.

When Taliban fighters reached the outskirts of the capital, President Ashraf Ghani assured citizens that the situation was under control.

In a post on social media, he wrote, “There have been sporadic incidents of firing in Kabul, but Kabul has not been attacked. Security forces and the army are working closely with international allies to keep the city safe and the situation is currently is under control.”

But a few hours after this post, news started pouring in that Taliban fighters had entered the city of Kabul late in the evening and by nightfall there was news that Ashraf Ghani and Vice President Amirullah Saleh had left the country.

Ashraf Ghani, while clarifying on social media, wrote that “after the Taliban’s arrival in Kabul while I was in Kabul, there would have been violence that would have put the lives of millions of people in danger.”

In such a situation, now the question is arising whether Ashraf Ghani has suddenly left the country and put the country in a different kind of crisis.

Taliban is against Ashraf Ghani

In 2017, Ashraf Ghani said in an interview to the PRESS24 NEWS, “Being the president of Afghanistan is the worst job on earth. There is no shortage of problems here. In which the biggest challenge is security.”

At the time he gave this interview, he could not have imagined that the coming years are going to be even more challenging for him.

Amidst efforts to negotiate a deal between the Afghan government and the Taliban, the Taliban had said that they do not want a monopoly on the power of Afghanistan, but until a new government is formed in Kabul and President Ashraf Ghani is removed from office, peace will be established in the country. Will not.

Taliban spokesman Suhail Shaheen had said, “After talks, a government will be formed in Kabul which will be acceptable to all parties and the government of Ashraf Ghani will go, then the Taliban will lay down its arms.”

Ashraf Ghani and the Taliban

Ashraf Ghani’s Taliban has not been formed from the beginning.

Ashraf Ghani is a former technocrat who spent most of his time outside the country before returning to Afghanistan. Ashraf Ghani was a professor in America for a long time. He has also worked in the World Bank.

For this reason, experts believe that his hold in Afghanistan is not the same as that of former Afghan President Hamid Karzai.

Ashraf Ghani first rose to prominence after the fall of the Taliban when he was in the Loya Jirga. The Loya Jirga is a unique organization in Afghanistan in which the leaders of all the tribal groups sit together. In its meeting, decisions are taken after discussing the affairs of the country. Loya Jirga is a Pashto language word and it means General Council.

When Hamid Karzai was the President of Afghanistan in 2002, Ashraf Ghani was considered close to him. He was made the Finance Minister in that government. His today’s rival Dr. Abdullah Abdullah was the Foreign Minister of Afghanistan at that time.

Later after separating from Hamid Karzai, Ghani again joined the field of education. In 2004, he was appointed chancellor of Kabul University.

During that time, there was a lot of international aid coming to Afghanistan, especially from America.

Ghani was considered a harsh critic of it. He believed that such aid money was an attempt to run a ‘parallel government’ in Afghanistan, which was in a way an attempt to undermine Afghanistan’s institutions.

Coming from the Pashtun community, Ashraf Ghani was also accused of fraud when he won the presidential election in 2014.

In the 2019 elections too, the Taliban accused him of winning through electoral rigging. From his first term, the Taliban worked to challenge his dominance.

In the year 2019, he was not a part of the peace talks between the US and the Taliban regarding Afghanistan. Experts are of the opinion that the Taliban have always seen him as a puppet in the hands of America. But for the compulsion of power or for its strength, Ashraf Ghani always tried to negotiate with the Taliban.

After coming to power for the first time in the year 2018, Ashraf Ghani had offered a deal with the Taliban, after which there was a three-day ceasefire in the month of June of the same year.

In an article for Foreign Affairs.com on 4 May 2021, Ashraf Ghani wrote, “My government is ready to continue talks with the Taliban. If the Taliban accepts peace, I am ready to end my term early.” am.”

“On the other hand, Ashraf Ghani also said that the political system that has been built in Afghanistan in the last 20 years, we will not allow it to end overnight. In such a situation, this conflict is a clash of two ideologies.”

This is the main reason for the conflict between the Taliban and Ashraf Ghani. Apart from Ghani, if there were any other Afghan presidents at this time, they would probably have required the Taliban to remove them for the deal.

Afghan President Ashraf Ghani has written a book titled ‘Fixing Failed State’. But this book also sometimes becomes the basis of his criticism.

The things he mentioned in the book, when he came to power in Afghanistan, he himself could not bring much change in it. He could not try his own measures to fix the ‘failed state’ i.e. failed nation.

Dr. Avinash Paliwal says, “Writing a book and implementing them during governance are two different things. No single person can even do this.”

According to Dr Avinash, Ashraf Ghani could not adopt the things written in the book during his tenure. One of the major reasons for this was his own personality.

He says, “In the early days of power, he wanted to end ‘consularism’ according to his book. In an attempt to do so, he took the hard line at that time and started talking about elections. Then he had to work with America and his There was pride in the power of power.”

“But in trying to do so, he spoiled his relations with the warlords of powerful power. By 2017-18, it was too late when he realized that there was little change. There was a perception about him among the warlords and then he Couldn’t bring everyone together.”

Now the situation is such that Ashraf Ghani, who claims to have taken Afghanistan to a safe and new path, has left the country himself. 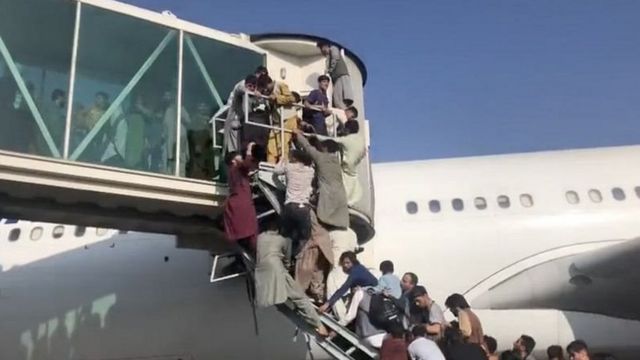 Afghanistan: After the Taliban entered Kabul, these pictures of the airport are telling the situation of chaos 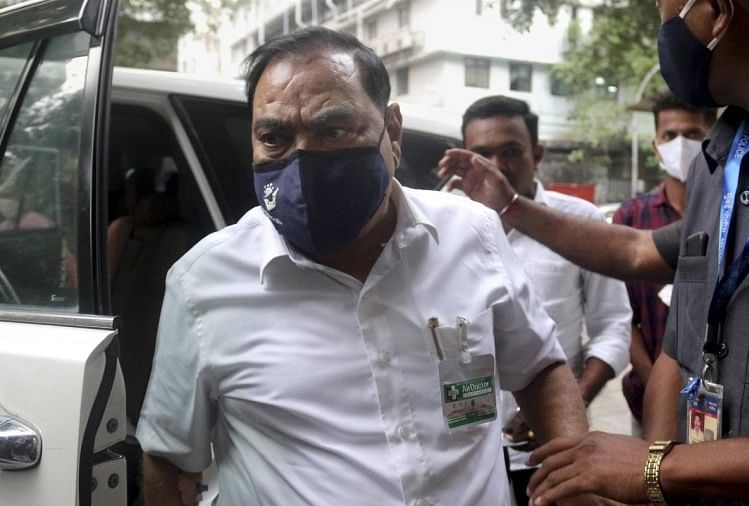