Debate erupted over names removed from the list of freedom fighters, what is the whole matter? 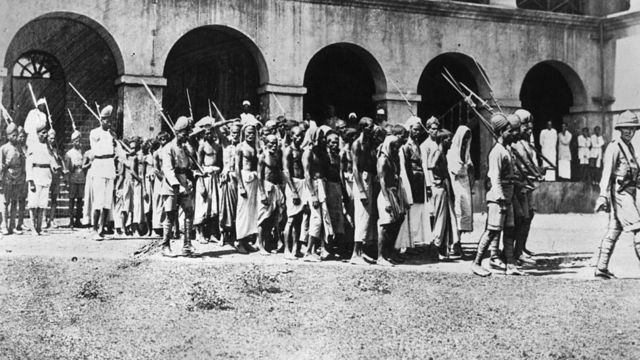 In India’s southern state of Kerala, after 387 names were removed from the list of freedom fighters, a situation of controversy has arisen in the state.

This controversy has once again raised the issue of polarization. This issue is similar to the views of historians who have different opinions about Tipu Sultan. Where some histories consider Tipu Sultan, the ruler of Mysore, to be a strong anti-Hindu and some say the builder of Hindu temples.

Haji and his closest associate Ali Musliyar are highly respected in the Malabar region, especially in Kerala, as they led the independence movement in the 1921 Malabar Rebellion against the British.

But a three-member committee of the Indian Council of Historical Research (ICHR) has recommended the removal of Haji, Musliyar and their 387 associates from the Dictionary of Martyrs of India’s Freedom Struggle 2015. The basis of this recommendation is that the committee believes that the Mappila rebellion was not part of the independence movement.

Professor CI Isaac, a member of the three-member ICHR panel, told PRESS24 NEWS Hindi that he had personally verified all the chargesheets against him.

He said, “Almost all the charges against Haji were of forcible conversion of Hindus, desecration of temples and looting of public property. His demand was not freedom. His aim was to transform Hindu society.”

Om G Upadhyay, director of research and development at the ICHR, told the PRESS24 NEWS that the committee had given its recommendation in a sealed envelope. It will be placed before the ICHR board in October or December.

The recommendation of the three-member ICHR committee comes at a time when the CPM-led Left Front (LDF) government organized celebrations to mark the centenary of the Mappila rebellion last week. On this occasion, Kerala Assembly Speaker MB Rajesh compared Haji with Bhagat Singh.

On the same day, RSS leader Ram Madhav said at a meeting held in memory of the victims of the rebellion that the movement was the “first example of Taliban mentality” in India. Others defined the rebellion as ‘the day of the massacre of Hindus’.

Members of the Sangh Parivar and historians objected to the inclusion of members of the 1921 Mappila rebellion in the fifth section of the directory, after which the three-member ICHR committee was formed.

What is the origin story?

Like good lawyers, historians also differ on many aspects of their research. Some historians believe that the Mappila rebellion was an agrarian rebellion.

Some others believe that it was the independence movement which was influenced by the Khilafat movement which gave a new impetus to the agricultural struggle.

Professor Isaac and many others believe that the conflict was nothing but a violent sectarian riot based entirely on conversion.

Originally the zamindar belonged to the Namboodiri community, followed by the Nair community and after that a small community of Muslims.

Most of the people belonging to Muslim and backward communities were farmers and agricultural labourers.

The proximity of the zamindars to the administrative officials (especially the tax-collectors) and the British officials was the main reason for the conflict between them.

Professor Ashraf Kadakkal of Kerala University told PRESS24 NEWS Hindi, “No one can deny the fact that many Hindus were attacked because of their proximity to the authorities. There were many such attacks before 1850.”

Well-known historian Sumit Sarkar in his book ‘Modern India 1885-1947’ has written that there was dissatisfaction among the Mappilas regarding the issues related to farming.

Professor KN Panikkar, president of the Kerala Council for Historical Research, told PRESS24 NEWS Hindi, “The revolt was a reaction of the peasants against colonialism and feudalism. The condition of the peasants was precarious and the British were supporting the landlords.”

Professor KN Ganesh in the Department of History of the University of Calicut has a different opinion. He says he doesn’t think there were three sides to the controversy.

Professor Ganesh says, “There are no three versions. Mainly the agrarian struggle throughout India inspired and supported the national independence movement. The Birsa Munda Rebellion, the Deccan Rebellion and other rebellions were basically anti-colonial struggles. These revolts were against the zamindars who were oppressing the peasants and the cultivators.

One of the reasons for the frequent violent battles with the erstwhile rulers of the Mappilas was that before the arrival of the British, Muslims were thriving on the Malabar Coast working with a whole network of traders and middlemen.

Professor Ganesh says “British trade relations changed everything and he was forced to retreat because the middlemen of the East India Company were different. Those who were till now merchants and thriving, were forced to become cultivators or agricultural labourers.” was forced to return to the villages. This was a major cause of anti-British sentiment. It was not religious sentiment as it has been described.”

But Professor Isaac says that the British brought such a law which was only to benefit the farming community.

He says, “Agriculture was not the problem. No zamindar could evict any farmer. Not a single Mappila zamindar was attacked.”

What was the plan?

The spread of the Khilafat movement had further worsened the relations between the administration and the tenants and agricultural workers.

Professor Ashraf says, “It was not an organized rebellion till then, but it did give rise to such situations when even the big leaders of Ali Musliar, Narayan Menon, Gopal Menon, Khilafat and Congress could not control the crowd.”

Professor Ganesh says, “It was during this time that the Malabar Special Police (MSP) was introduced and this only increased the bitterness which later served as a spark for the freedom struggle.”

As the movement took the form of an ‘armed rebellion’, a section of both Hindus and Muslims fled from the two talukas of Erananda and Valuvanad.

Professor Ashraf says, “There are many such examples in which Haji not only punished Hindus but also punished Muslims for not supporting the freedom struggle. They soon declared an independent Malayala nada and even issued their own currency. With this, he had also started his law and order system.

Professor Ashraf says that in the local language, Malayala Naad means the land of Malayalam speakers. He did not call it a caliphate. He wanted Sharia law, but it did not apply to Hindus living in that area. It was more like a suggestion.

Professor Isaac says that he killed all the unarmed poor Hindus.

At the same time, according to Professor Ganesh, “there was no case of desecrating the temples”.

But Assembly Speaker Rajesh admits that agriculture was the main cause of the rebellion, but there were other issues as well.

Even EMS Namboodiripad wrote in 1946 that it began as a class struggle, but it also had communal leanings.

The Speaker of the Assembly has defended his speech in which he compared Haji to Bhagat Singh.

Defending his statement, he said, “Haji was asked by the British to apologize and after that he was asked to send to Mecca, but Haji chose to die. He said that I like Mecca, but I prefer to die in the country where I was born instead of apologizing. When the British decided to shoot him, Haji did not want to be blindfolded. It was exactly as Bhagat Singh had written that he should not be hanged but shot.

But, the worst tragedy of the Mappila rebellion was what is known as the wagon tragedy of 10 November 1921. When 64 of the 100 people detained for participating in the rebellion died of suffocation in a train wagon. Those who survived lived by drinking each other’s urine.

Professor Isaac points out that ‘only 160 people died due to police action. Most died in prison due to cholera and other diseases.

What is the final assessment?

“It was basically an agrarian conflict which has been given a communal interpretation,” says Professor Panikkar, the authority on the subject.

Professor Ganesh says, “It is a British fabricated story that begins with the Tottenham Report which communalised the rebellion.”

According to Professor Ashraf, “the truth lies somewhere between these three aspects – the agrarian rebellion, the freedom movement and the communal riots.” 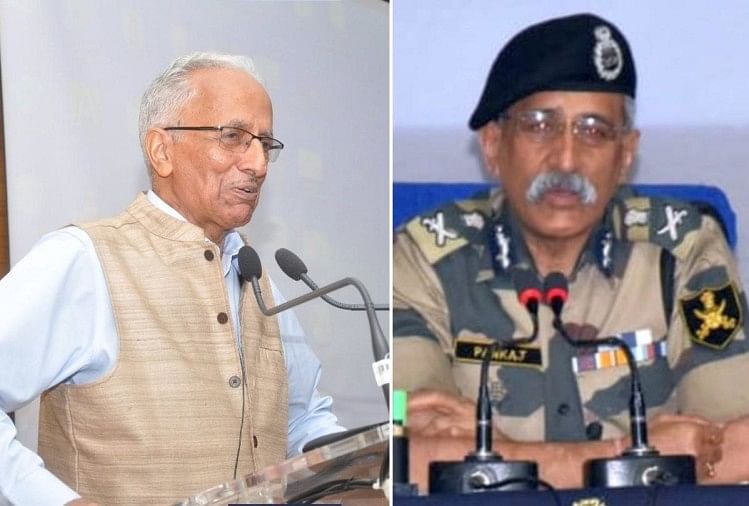 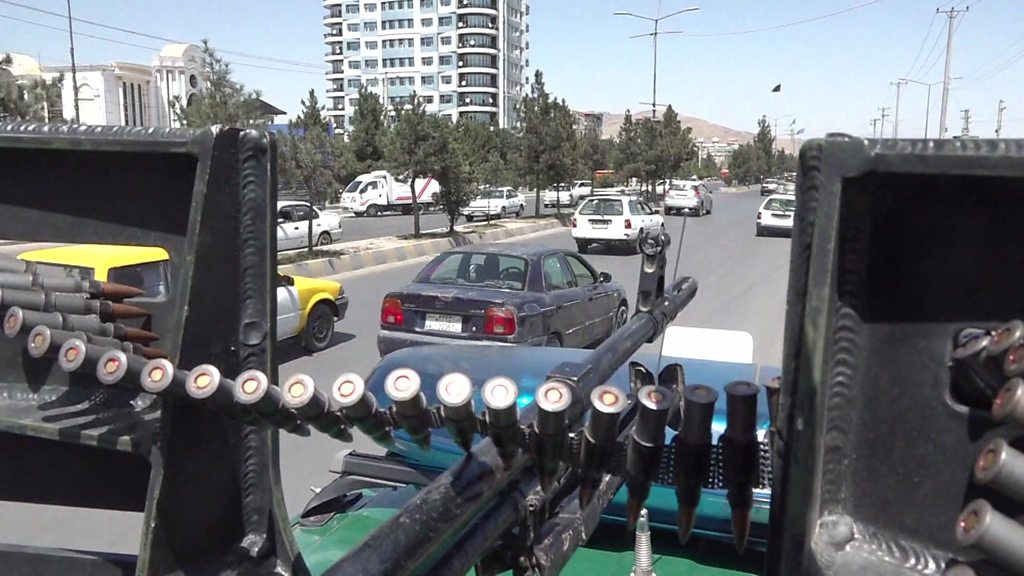 After which announcement of Taliban are Afghans in fear? 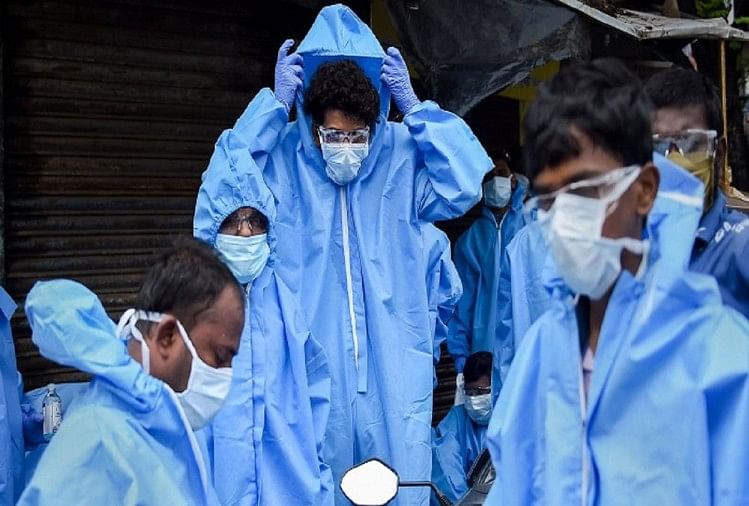 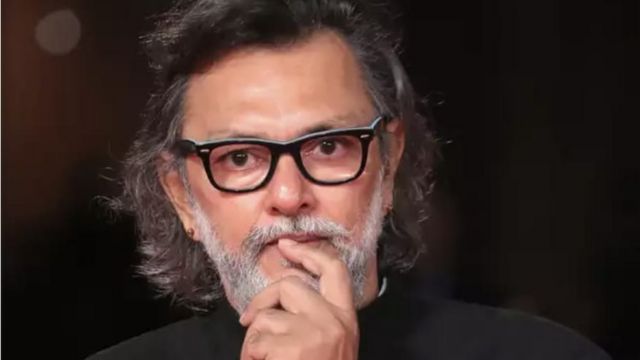