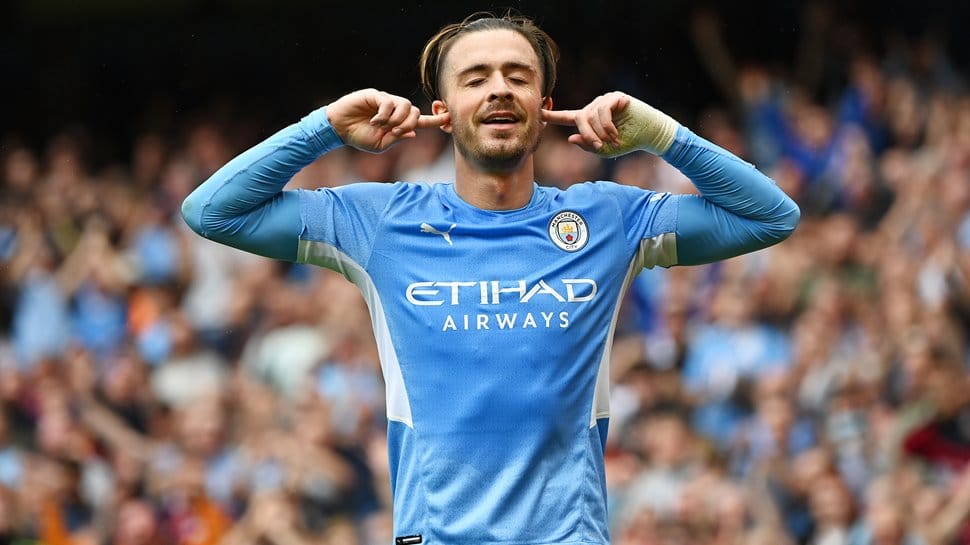 MANCHESTER/Liverpool: British record signing Jack Grealish marked his home debut for Manchester City with a goal as the Premier League champions demolished promoted Norwich City 5-0 on Saturday. Grealish bundled in a low cross by Gabriel Jesus in the 22nd minute to double City`s lead after they had taken the lead in the seventh minute with a Tim Krul own goal.

Beaten in their opening game at Tottenham Hotspur last weekend, City looked far sharper and swarmed all over a lightweight Norwich. They also had a Ferran Torres goal ruled out inside the opening 20 minutes.

Norwich, who lost 3-0 to Liverpool on the opening day, avoided any further damage until midway through the second half when Aymeric Laporte fired in from close range. City then turned the screw with Raheem Sterling and Riyad Mahrez both getting on the scoresheet with well-worked goals.

It was an impressive display by City and a memorable day for their 100-million pound man Grealish, although it was Brazilian Jesus who stole the show with three assists. It always looked like being a long afternoon for Norwich once they fell behind in cruel fashion in the seventh minute when defender Grant Hanley`s clearance from a Jesus cross cannoned into keeper Krul and into the net.

Jesus was a constant menace down the right flank, and it was another of his crosses that hit Grealish on the knee to wrong-foot a Norwich defender and cross the line.

Norwich defended resolutely, but City always had another gear and stepped it up midway through the second half with Laporte shooting home after Norwich failed to clear a ball into the area.

Sterling and Mahrez had both started on the bench but were quick to join the party when replacing Torres and Grealish. Norwich were sliced open again in the 71st minute by Kyle Walker`s through ball which Jesus turned across the area to give Sterling the easiest of tap-ins.

Ruben Dias then chipped a pass over the Norwich defence and Mahrez controlled superbly before guiding his shot past Krul.

For Norwich it has been a chastening return to the top flight, and they will have to dust themselves down for the visit of Leicester City next weekend.

Liverpool made it two wins from two at the start of the new Premier League season as they cruised to a 2-0 home victory over Burnley on Saturday. Diogo Jota edged Liverpool in front with his second goal in as many games in the 18th minute, a brilliant header in front of a first full Anfield in 17 months.

Burnley, the team who last season ended Liverpool`s 68-match unbeaten home league run, a record that stretched back almost four years, had chances to level, but their final ball was lacking at the crucial moment.
Ashley Barnes thought he had levelled early in the second half, only to be denied by the offside flag, with Liverpool capitalising on their reprieve in the 69th minute, as Sadio Mane drilled home their second.

The hosts pressed for a third, urged on by a buoyant crowd, but they settled for two, and a second clean sheet of the campaign, to go top of the standings, and leave Burnley pointless from their opening two matches.

“I think the performance was good at times,” Liverpool captain Jordan Henderson told BT Sport. “There’s still places where we can improve of course, but overall we’re delighted.”

“The fans are back, it was great to have them back, they gave us a lift. And we got the result in the end, so that’s the most important thing.”

With Anfield in fine voice, at capacity for the first time since Liverpool’s Champions League defeat by Atletico Madrid in March last year, the visitors looked like they might become the first Burnley team since 1897 to win back-to-back league games at the famous stadium after making a bright start.

Firstly, Dwight McNeil was just offside when he was denied by the post, before Chris Wood was thwarted by a smart save from Liverpool goalkeeper Alisson. But, for the second time in as many games, Jota settled Liverpool nerves, scoring his first Anfield goal since November last year.

Burnley, who fielded a starting XI consisting only of players with numbers one to 11 on their backs – the first Premier League team since Charlton Athletic in 1998 to do so – remained undeterred, with McNeil again going close moments after Liverpool’s opener.

Salah then thought he had his 99th Premier League career goal, only for VAR to rule it out for offside, with Barnes also seeing a fine finish cancelled early in the second half.

Liverpool stepped it up another gear, with the pressure telling as Mane hammered home his first of the season after a flicked pass from Trent Alexander-Arnold.

While Chelsea and Manchester City have both been tipped to be eventual champions this season, very few have predicted Liverpool can go all the way and wrestle the title back from City. But this comfortable victory means Juergen Klopp`s side are unbeaten in 12 matches in the league – the longest run in the division. With Virgil van Dijk back in defence, they look a formidable unit once again. 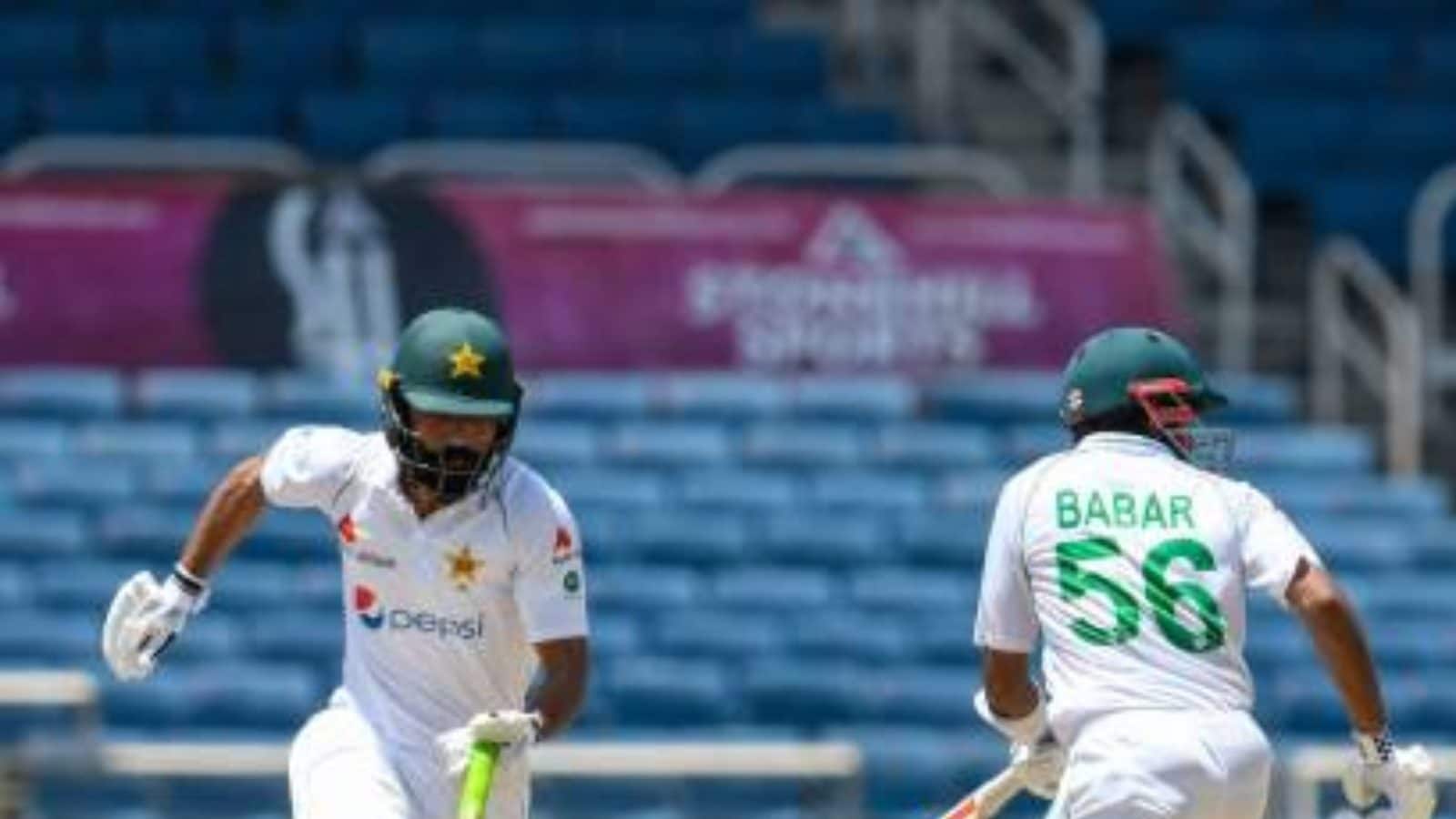 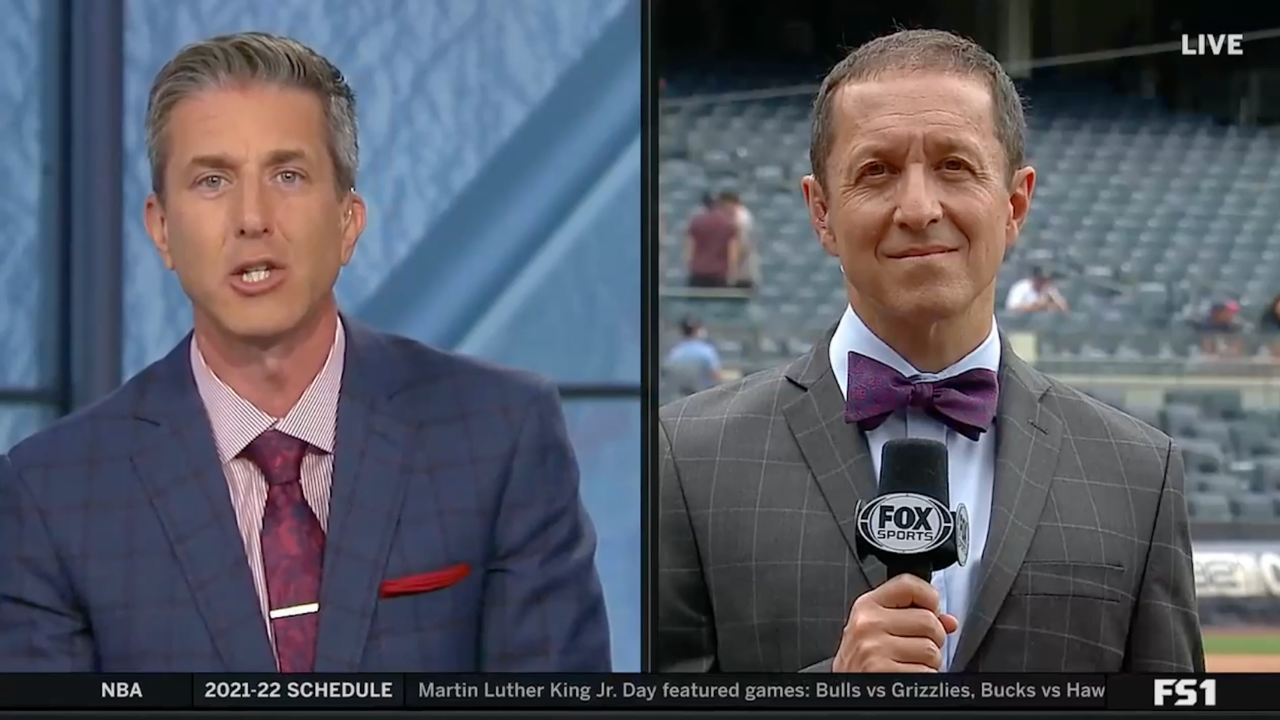 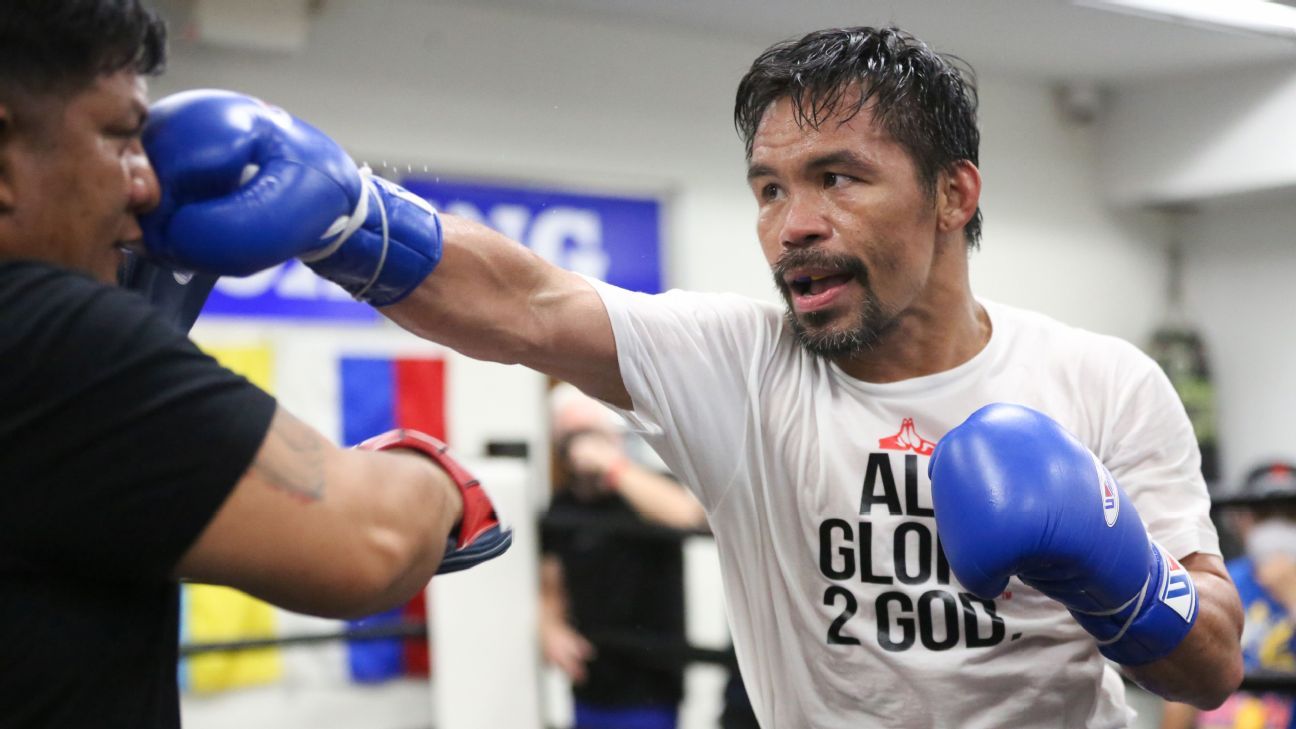 After Ugas bout, Manny Pacquiao will face his toughest fight yet 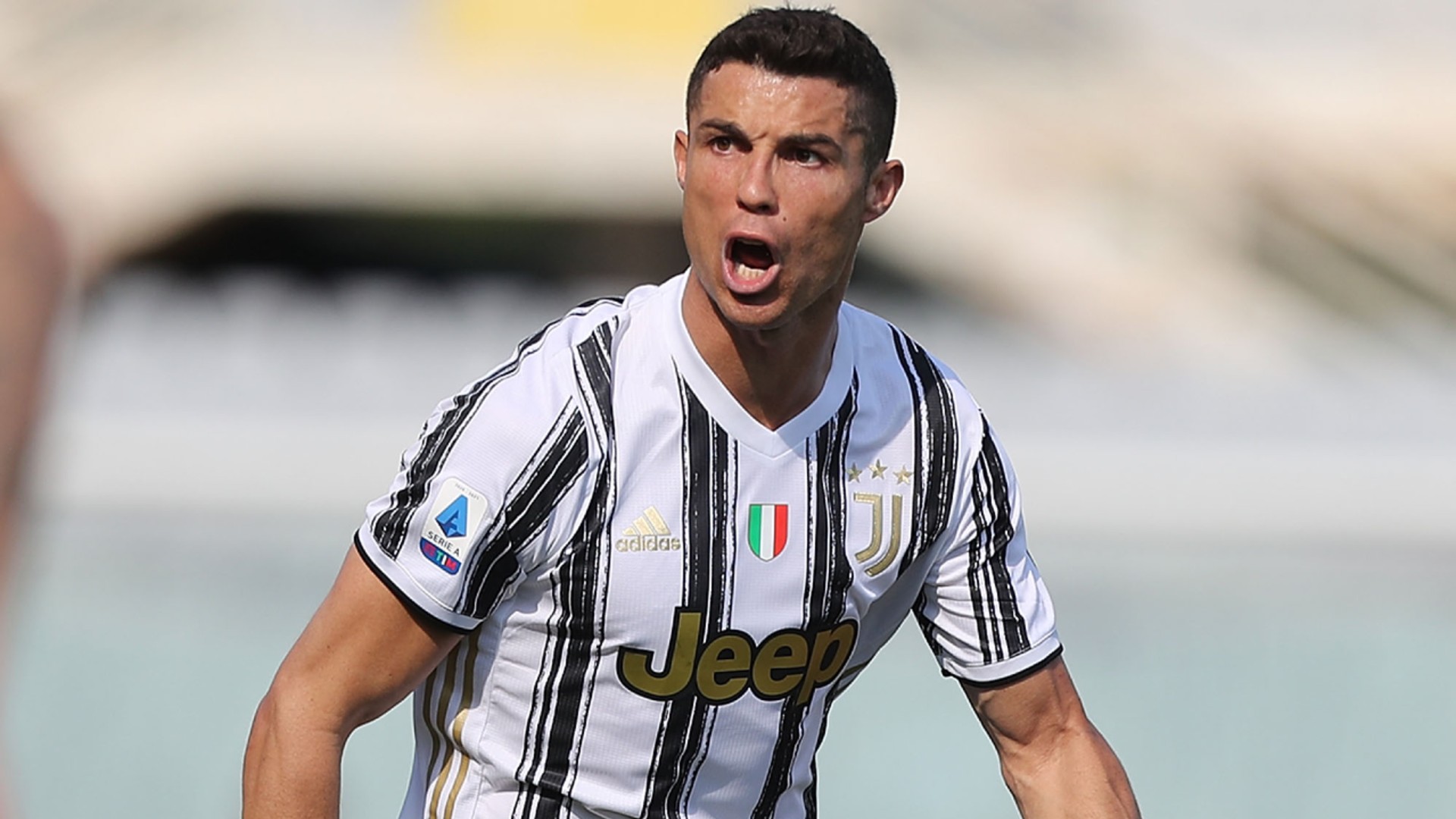